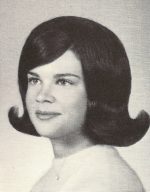 Linda S. Woody, age 67, of Gahanna, OH passed away at her home on Sunday, September 9, 2018. She was born December 12, 1950 in Toledo, OH, to Malcolm G. and June (Gundy) Smith. She was a graduate of Maumee High School’s class of 1968. She then graduated college from BGSU in 1972 with a degree in education and where she had been a member to various sororities. She would eventually get a Master’s Degree in Education from the College of Mt. St. Joseph in Cincinnati. Linda would then go on to work a total of 31 years as a high school teacher. Early in her career she taught French at Gibsonburg High School in Gibsonburg, OH and then both French and Spanish at Evergreen High School in Metamora, OH. The last 23 years of her career were spent teaching French at Pickerington High School in Pickerington, OH, were she eventually retired from. In addition to serving on various educational committees, Linda, had been the former Treasurer of the Pickerington Educational Association. Among her many memberships they included both the Ohio and National Educational Associations, just to name a few.

Linda is survived by her daughter, Alyssa Suzanne (Charles R. Loyd III) Woody of Mansfield, OH; sister, Sandra L. (John) Clapp of Florida, as well as numerous nieces and cousins. She was preceded in death by her parents.

Family and friends will be received 10 a.m. to 12 p.m., Saturday, September 22, 2018 at the Marsh & Marsteller Funeral Home, 110 W. Main Street, Luckey, OH. A Memorial service will be conducted at the funeral home at 12 p.m. Interment will be in Toledo Memorial Park, Sylvania, OH, at a later date. Memorials may take the form of contributions to the: Yorkie Haven Rescue. Those wishing to express a word of encouragement, share a memory or photo may do so at:
www.marshfuneralhomes.com